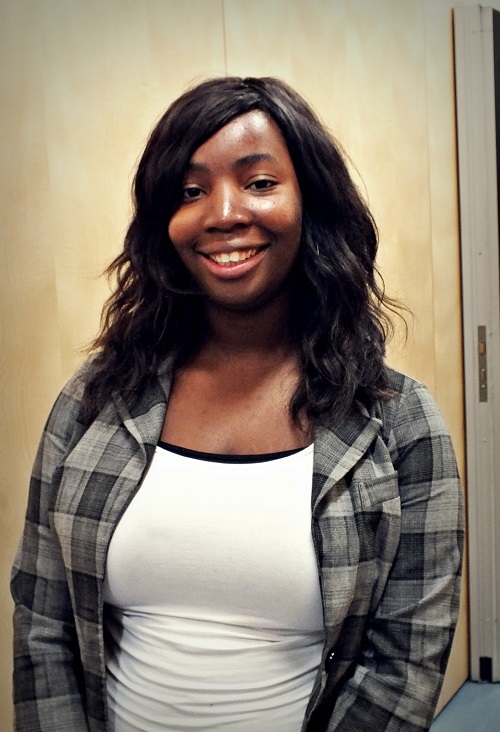 As a girl from the sunny and hurricane prone city of New Orleans, Louisiana, travelling outside of the US was a big deal to my family. I, of course, was ecstatic to be the first person in my family to take such a ‘daring’ step. It’s always exciting when seeing your childhood dreams unfold before you. If I could, I would go back in time and tell five-year-old Minie that we did it.

Coming to England has been a life long dream. Liverpool was a last minute choice but the best one I ever made. I’d previously applied to the University of Essex and was set to go until one of my History professors encouraged me to apply at the University of Liverpool. The rest is pretty much history. I’ll be leaving here with an LL.M in International Human Rights Law and I’m grateful that God guided me into the right direction.

So, I had the school to feed my physical brain, but I needed a church to feed my spirit. Finding a church home was essential, especially when transitioning from one culture to another. Like most people, I experienced culture shock to the point that I was tempted to leave for home.

I’d visited some churches, but they didn’t work for me. Then, on one awesome evening in the kitchen, my flatmate James suggested I go to church with him. I didn’t even know he went to church, but I agreed, because I was desperate for spiritual grounding.

I remember the first sermon I heard at Belvidere Road Church, where Pastor Ian preached on “The word of authority, the work of authority and the warrant of authority”.

I sat in my chair calm as mouse, but on the inside I was screaming, ‘I’m home’! Suddenly, Liverpool didn’t feel so foreign anymore. Being at Belvidere felt like being with your extended family, and for someone who felt out of place in a foreign city, finding family was the greatest feeling. I love the lunches after service – and not just because I love food! It created an opportunity for me to fellowship with everyone, without making me feel like I was skirting the perimeters of a secluded group. The food was good too! There were plenty of laughs, and some cries as well, but I’m grateful and humbled to have been able to share it with the people here.

Next on my agenda is wherever God decides to take me. I have an ultimate goal, but how that will be executed is up to His grace, and my faith.

I have such a passion for young people, especially those affected by human rights violations, war, and poverty. Where I’m from, society doesn’t expect you to be more than what they deem “acceptable”, in the little stereotypical “box” that they put you in. The young people in my city, my country and even around the world are dying, because they believe that “box” is all that life has for them.

I want to teach and nurture a generation who will become spiritually filled global leaders, and who will shatter those stereotypes imposed upon them by their governments, and society as a whole. It’s a big task, I know, but my God is greater, stronger and higher than any other. If anyone can get it done, He can. I’m just the vessel standing with arms wide open saying “send me Lord”.

With that being said, the biggest things I’ve learned here are:

1. That nothing is impossible for those who are in Christ and

2. To enjoy the season that He has you in. He orders your steps, right down to the church you need (even if the service is a bit different from back home!).

Like Jesus said, don’t worry about what you’re going to eat or drink, because He clothes the flowers in the fields, so how much more will He do for His children.

Let tomorrow worry about itself, and have faith in Christ.

Subscribe to the Belvidere Road church podcast to have the sermons downloaded automatically every week. Click here for more information about the podcast.